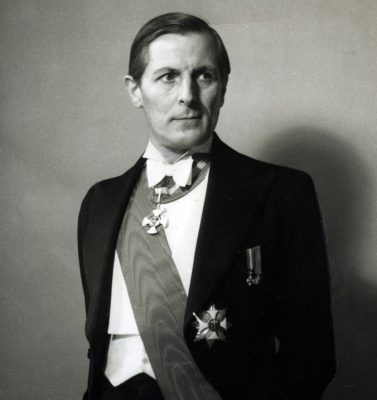 The Invention of Baron Avro Manhattan

A new play by Tom Kelly to be staged on 6-8 October 2022 at Laurel’s Whitley Bay. This will be a co-production with Olivier-Award-winning producer Jamie Eastlake’s Theatre N16 Ltd.

The production will be directed by Jamie Eastlake and will feature Jonathan Cash as Avro Manhattan. This will be followed by a regional tour, details to be confirmed.

Avro was an Italian who lived in a modest terraced house in South Shields from 1963 to his death in 1990. Certain things are known about him: He wrote over 30 books, most of which are critical of the Catholic Church. HG Wells wrote the foreword to one of his books. He was intimate with Marie Stopes, the birth control pioneer. He studied painting with the well-known Russian sculptor, Paolo Troubetzkoy, who sculpted a bust of George Bernard Shaw. He moved from Italy to London in 1937. He married Anne Cunningham Brown, a nurse from South Shields, in 1986. He was interned during the war and briefly transported to Canada, from whence he returned in 1941. He visited Russia to spend the royalties there from one of his books. He was a well-known figure in South Shields where his bust was in the library.

Almost everything else about him is open to question. He was born either in 1910 or 1914. His given name was Theophile Gardini but his middle name may or may not have been Lucifer. He said he was made a Baron for his war-time services, running a radio station broadcasting to occupied Europe, of which no record can be found. He bore a number of decorations and claimed a number of honours, many of which cannot be verified. His books make extreme claims against the church but they are notably short on evidence. He claims he studied at the Sorbonne and knew Picasso. There is no record of this. He claims he was targeted by fascist terrorists. He claimed he had contact with Russian spies. All in all, he lived an eventful life and perhaps his fantasy life was even more so.

The Invention of Baron Avro Manhattan is set in 1990, shortly before his death, portrays a fictional meeting with a journalist who is setting out to debunk his work and thereby threaten his reputation. What will she discover and, in this game of cat and mouse, which is the cat and which the mouse?